Malaysia has had 2 occasions of water shortages; in 1998 and 2014 – which had resulted in water rationing. Both times had brought more focus on rainwater storage systems (RWHs) as the solution against future shortages.

Following the 1998 water crisis, the Government of Malaysia, alongside various official institutions, issued a guideline for installing RHWs. Six years down the line in 2012, 5 state governments instated building by-laws that require building owners to install RWHs. While this sounds like a permanent solution, are RWHs actually more harmful than helpful?

Although 70% of our world consist water, close to 1 billion people lack clean drinking water. Essentially, only 1% of our water is fresh water. With global water use rising at twice the rate of population growth in the last century, the United Nation (UN) predicts almost half the world’s population will be living in water stress by 2030.

In Malaysia, where rain is abundant, water is aplenty and tariffs are low, water preservation garners very little priority. Malaysian’s usage of 226 liter per person, which is 40% higher than UN’s recommendation of 165 liter per capita, suggests this. While we are more sheltered than others, are we spared from future water issues?

The United Nation (UN) predicts, 50% of the world will be living in water stress by 2030 should water use continue to rise.
Picture source: www.worldpreservationfoundation.org

Over the last year alone, Malaysia had already seen drastic weather patterns. In March 2014, we had one of the driest seasons to the extent Klang Valley folks had to suffer from water rationing. A few months later, we had non-stop rain which led to severe flooding, the worst in the last decade. 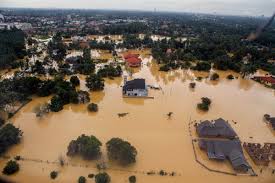 DO WE HAVE TO FLUSH DRINKING WATER?

Toilet flushing is the single highest use of water in an average home. Every time we flush, we flush away 6-7 liter of water – which is our drinking essential for 2-3 days. Consider that an average person flushes 4 times a day and Malaysia’s population of 26 million people, we are essentially flushing away 626 million liter of clean, treated and overqualified water every single day. Likewise, do we have to water our plants with drinking water when we can secure treated water for drinking and long-term survival?

CAN RAIN HARVESTING BE A SOLUTION?

Firstly, RWHs can be very expensive. Depending on the intended usage and capacity, RWHs can cost RM4,000, or even up to RM10,000. Furthermore, most systems require electrical pumps to function, to pump the conserved rainwater from the rainwater tank placed on ground or underground to the WCs. These pumps entail costs to replace and maintain. Also, one would consider the cost impact should electricity tariff goes up.

When positioning the system, developers have to make space to house the rainwater tank, either by allocating extra land space or building an additional beam underneath the roof to hold the rainwater tank – both of which heightens development costs. When weigh against the minimal water bill savings, RWHs yields very low return on investment, with a lengthy payback period of 20 years at least. 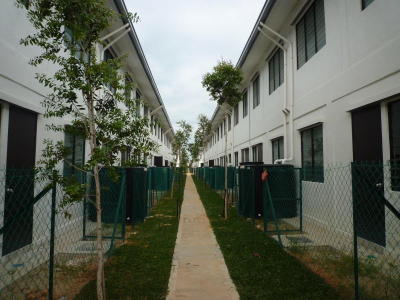 And then, there are aesthetic and spatial challenges. In the process of identifying a suitable location for the typically bulky rainwater tanks, architects and developers often have to undergo series of consultation sessions with RWHs producers.

Often, storage tanks are placed in the backyard, which are not only space consuming but also to some, unattractive. A survey showed that up to 60% of the tanks were subsequently removed after council approval had been obtained – which defeats the purpose of saving water.

HOW GREEN IS USING ELECTRICITY TO SAVE WATER?

RWHs are often generally and quickly perceived as beneficial to the environment, but very few tell traditional RWHs apart, which are pump equipped, and the harm that lies beneath them. The silent killer in traditional RWHs is their unseen carbon emission.

The use of rainwater harvesting systems with pumps have long-term adverse impact to the environment via carbon emission and could quicken the effects of global warming.
Picture source: www.iop.org

Despite this, these systems are already widely used in the UK and Australia. Because these countries have to store large amounts of rain for later use, these systems comprise very sizeable rainwater tanks. The bigger the tank, the more water is collected. The more the water, the higher the energy consumed.

In the UK, the Environment Agency gathered that almost all RHWs are supplying rainwater at a higher carbon intensity than mains water. Elsewhere, in Melbourne, 1,000 units of pump-equipped RHWs are emitting 1,500 tons of greenhouses gasses in a year. Considering the cumulative effect of carbon footprints, an unconscious choice of traditional RWHs and a widespread usage of such systems could quickly bring forth another pressing issue to tackle in the near term.

Therefore, it is utmost imperative for us, Synergy Contract, to invent a solution that is fully green. Aside from eco-friendly, RWHs also have to be simple, easy to install and understood and at the same time, inexpensive, aesthetically appealling and suited to our climate. Homeowners should also find it space efficient and easy to maintain.

In late-2013, after extensive design, research and development as well as patenting efforts, we launched our flagship technology, Voda, a gravitational and zero-carbon RHW. Voda does not require a pump and recycles rain for a vast array of non-potable uses. Voda has a unique wall-mounted design and is compact in size with a 300-litre capacity that is optimal for Malaysia’s rainfall-abundant climate and takes up minimal space.

Synergy Contract’s Voda, a fully gravitational and zero carbon rainwater harvesting system that can be wall-mounted.

Voda also differentiates itself through its ease of installation. A Voda installation would only require simple piping fittings, 8 wall plugs and two 2½ -inch wall holes, without needing any other alteration or major wall hacking to building structures. This enables both new builds and existing structures to incorporate the system.

Modularly expandable by design, a larger capacity can also be achieved by connecting two or more units together. In a bid to ensure water usage stays uninterrupted even during dry spells, Voda is equipped with a back-up system that automatically allows water to flow in from the main water tank when the water level is below 10 flushes.

Starting from a low price point, Voda, which has a self-cleaning filtering system, is cost practical, making it possible for more to partake in preserving water resource. 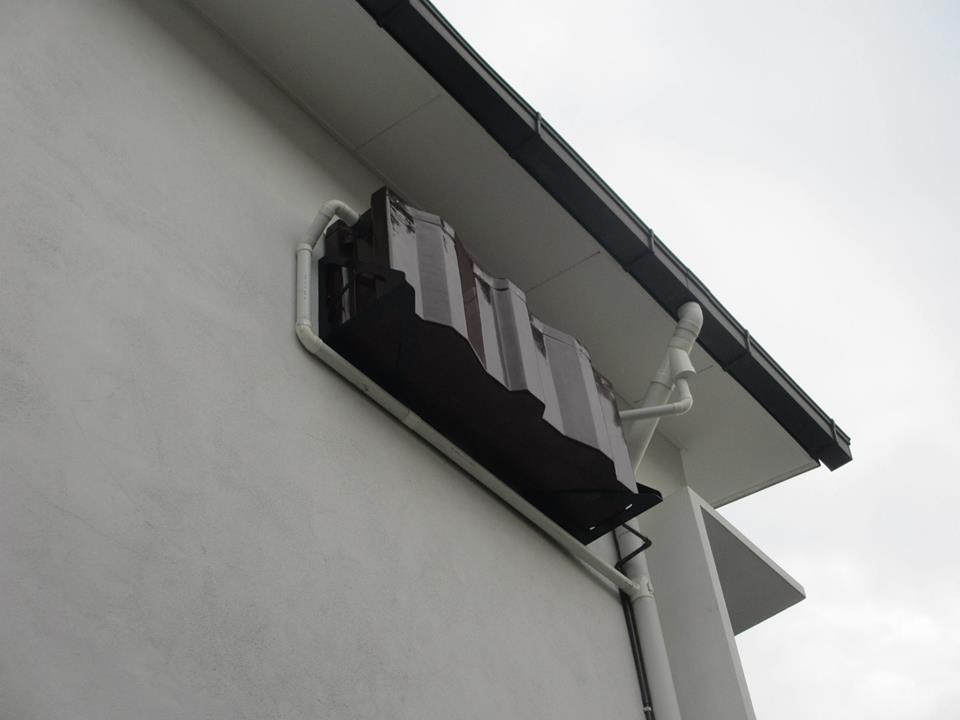 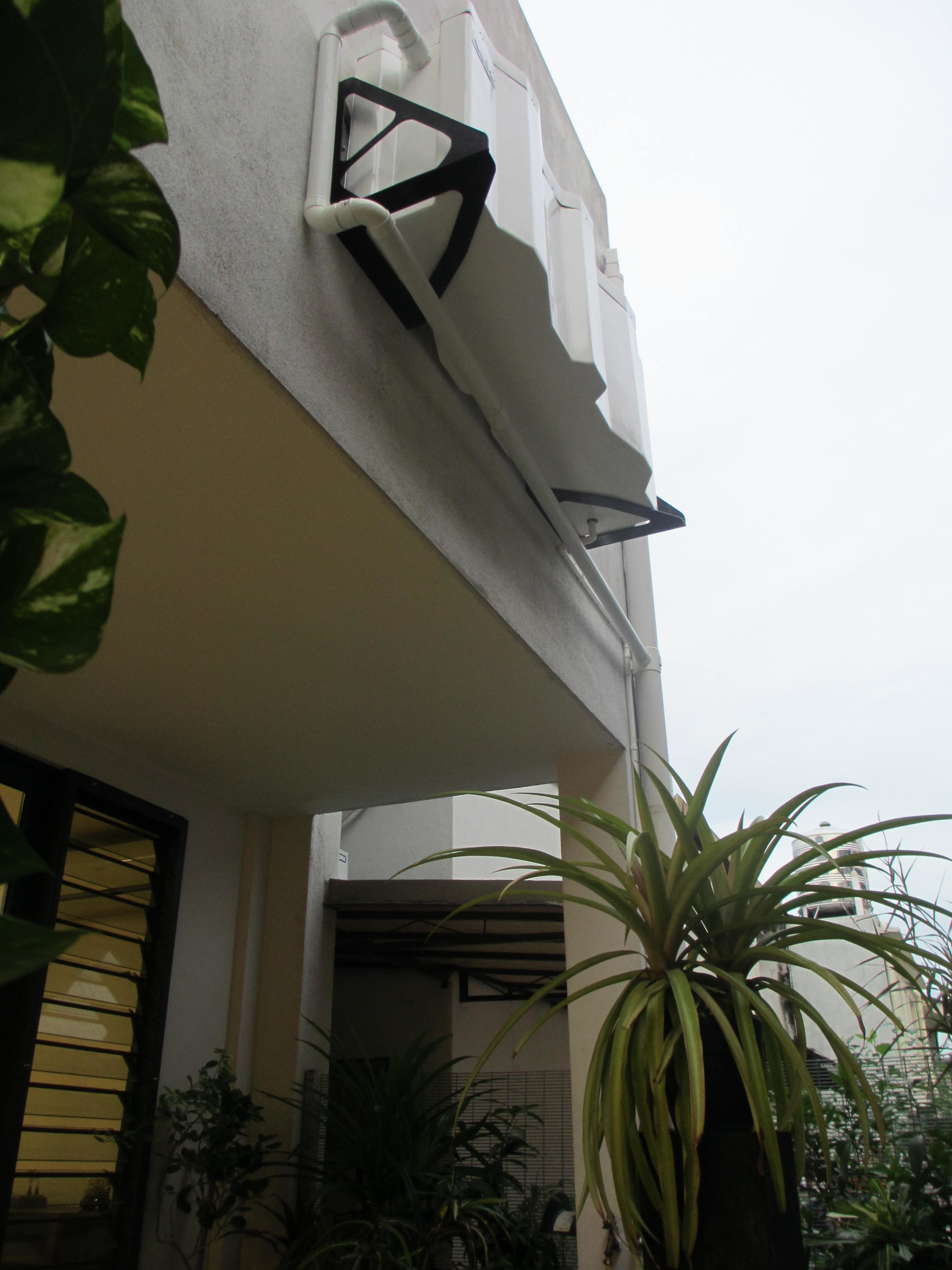 Voda installed in homes in Bangsar and Petaling Jaya. 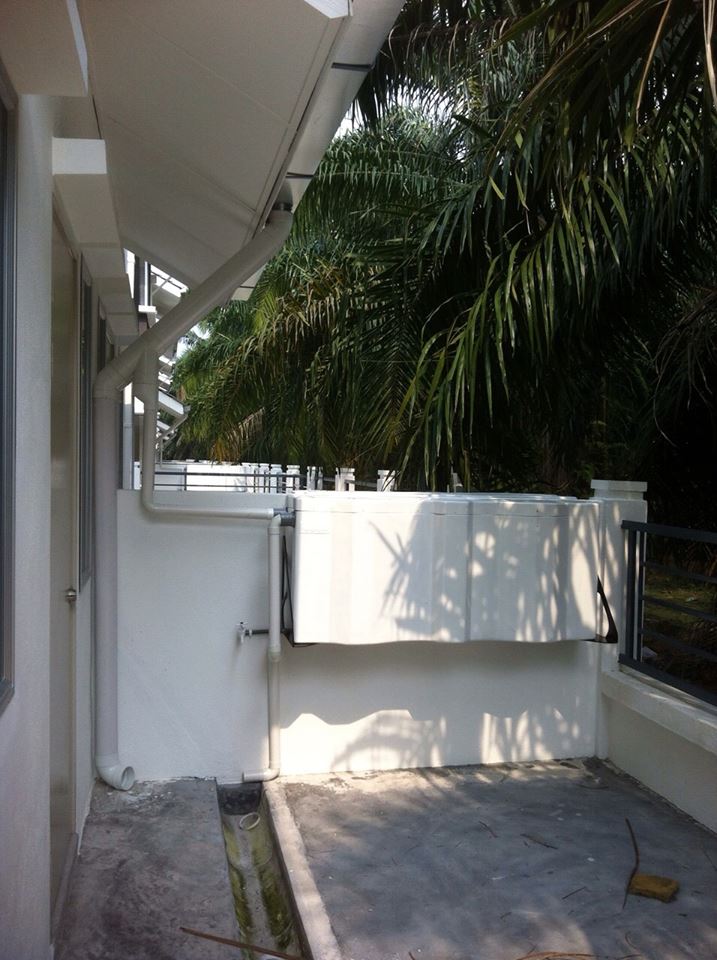 Voda used in a residential development in Perak.

In view of the recent water rationing, we developed an added mechanism that allows users to interchange the usage between storing rainwater and tap water. With just a turn of a switch, one can have additional storage and can automate water storing when there is a water rationing.

LOOKING INTO THE FUTURE

Since Voda, we have designed 2 other solutions; Voda II and Voda III.

Voda II – a compact-sized RHWS catered for consumers who would like to start harvesting rain affordably.

Voda III – A system specifically designed for new builds which aims to harvest a larger capacity of rain (i.e 1500 litre and above). Given that it also uses the same low carbon concept, it is more cost efficient compared to its peers.

Ultimately, if green systems are used, RWHs can solve many other problems. By storing and using rain, we can reduce surface water runoff, which in turn, could help alleviate flooding. RHWs can also have a positive impact on energy used and carbon emission. Water is pumped within the country for distribution, which results in energy consumption. As such, using rainwater to substitute a portion of main water consumption can help conserve energy.

Apart from serving its primary objectives of water conservation and ensuring water availability, RWHs can also indirectly save the loss of business revenue stemming from water shortages. According to Energy, Green Technology and Water, 30 companies in Selangor suffered huge losses due to the March 2014 water crisis. Malaysian Investment Development Board showed Nestle suffered losses of RM15 million daily while Panasonic had to let go of orders worth RM40 million. If we look from a broader perspective, water may even have a stronger link to economic growth than we imagine.

With this in mind, Synergy Contract aspires to continue researching and developing more innovative solutions to secure earth’s resources.

For more information, please contact us or e-mail us at admin@synergy-contract.com.